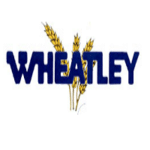 Wheatley designs and develops both residential and commercial properties in the West and North Yorkshire area.

Michael Wheatley (Construction) Ltd was established in 1976 by its chairman and managing director Michael Wheatley ARICS after eight years of running Wheatley Construction as a sole trader. It has been his acute sense of quality control that has given the company its unenviable reputation for buildings that can be trusted.

Development Director, Peter Baker, RIBA MRTPI IHBC, joined the company in 1987. His planning expertise has enabled the company to achieve developments which others have found difficult, and under his architectural direction the company has received a number of design awards.

Wheatley, located in self-designed and built offices in Garforth, near Leeds, started as a general contracting firm, soon expanding into house-building and development in the local area. It is notable that the company's houses, when re-sold, are often advertised as “Wheatley built”. A decision to expand led to an office development designed and built by the company, and a commercial portfolio of blue-chip companies as tenants.

The company's residential developments have included apartments for the over-55s, low cost houses, and large family homes. All have the distinct, uncluttered, Wheatley look and are built to the same high standard of construction.

To provide the best experiences, we and our partners use technologies like cookies to store and/or access device information. Consenting to these technologies will allow us and our partners to process personal data such as browsing behaviour or unique IDs on this site. Not consenting or withdrawing consent, may adversely affect certain features and functions.

Click below to consent to the above or make granular choices. Your choices will be applied to this site only. You can change your settings at any time, including withdrawing your consent, by using the toggles on the Cookie Policy, or by clicking on the manage consent button at the bottom of the screen.